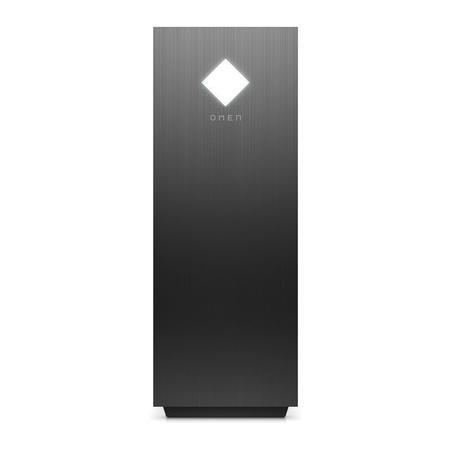 Blast through latest games with the HP OMEN 25L Gaming PC. Equipped with a 10th generation Intel Core i5 processor, you have six-cores of power for some serious multitasking. Run a big game and switch windows to check social media, all without being slowed down.

Get super-smooth gameplay thanks to the NVIDIA GeForce RTX 2060 graphics card. With real-time ray tracing, in-game graphics can look as realistic as CGI. So, you'll see reflections and shadows that look flawlessly natural, making everything more immersive.

Featuring a brushed-textured front, tempered glass panels and RGB control - the HP OMEN 25L really makes a statement. Not only does it look cool, but it stays cool too. With a large front fan and raised feet, it optimises airflow for a cool performance