Oops! It looks like you’re a little too late.
Don’t worry though, we’ve got bargains all year round! Check out our sale below

Don't miss out! Be the first to know about our Black Friday deals!

WHAT IS BLACK FRIDAY?

Simply put, it is the biggest shopping day of the year when we bring you the best deals of the year! It started out in America and over the last few years has gripped the UK as well.

WHEN IS BLACK FRIDAY?

Black Friday falls on the Friday after Thanksgiving in the U.S., which means this year you can get unbeatable deals right here on Friday 29th November 2019. 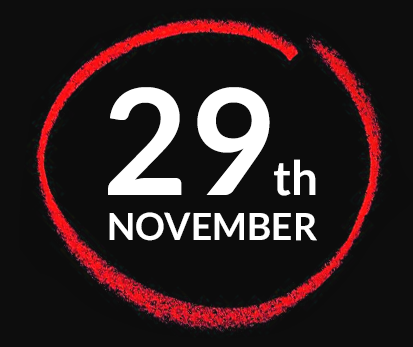 You might hear a lot about Black Friday chaos in the shops and fights breaking out over the latest tech but here at Laptops Direct we like to make Black Friday easy for you guys! We’ll have our best Black Friday deals ever with huge discounts on Laptops, PCs, TVs and more.

Deals on Black Friday don’t hang around! We wouldn’t want you to miss out so to make sure you hear about our deals before anyone else you can…

Keep up to date with our deals on social media

OUR DEALS ARE FAMOUS!

You know you’re in the right place to get an unbeatable deal when those deals have been so popular they have appeared in the national press! Check out where our deals have ended up…

This amazing thin & light lap with 8GB RAM and 256GB SSD will allow you to confidently achieve anything.

Dont miss out on this one!

Our lowest ever price!

Save with our other brands

Save on a huge selection of appliances from top brands

Get the look for less