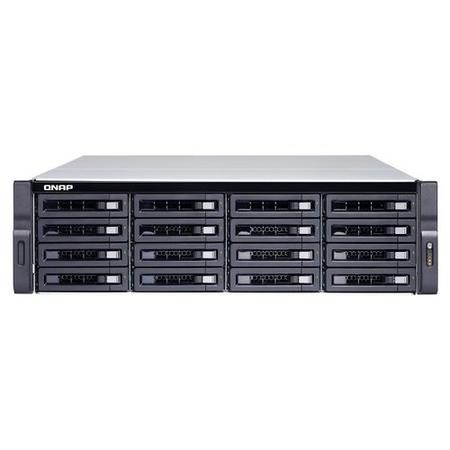 Powered by AMD's powerful Ryzen™ processor, the TS-1677XU-RP is capable of boosting virtual machine performance with up to 8 cores/16 threads and Turbo Core up to 4.1 GHz. Four PCIe Gen.3 slots provides expandability to provide more potential applications and functionality for the TS-1677XU-RP. The TS-1677XU-RP also features a redundant power supply to ensure maximum system uptime.

Absolute performance with AMD Ryzen™ and up to 64GB RAM

Powered by a high-performance AMD Ryzen™ 7 2700, AMD Ryzen™ 5 2600 or AMD Ryzen™ 3 1200 processor with AES-NI encryption acceleration and up to 64GB DDR4 RAM, the TS-1677XU-RP delivers aggressive yet power-smart performance to meet your multitasking demands. For resource-demanding business applications such as VDI, R&D, private cloud, and server virtualization, look no further than the TS-1677XU-RP.

The TS-1677XU-RP supports dual-channel DDR-4 memory and four Long-DIMM slots. When using paired memory modules, the TS-1677XU-RP can leverage the power of dual-channel architecture to boost performance. You also customize the memory configuration (supports up to 64GB RAM) of the TS-1677XU-RP, making it the most ideal and cost-efficient storage solution for environments like virtualization that contain dynamically-changing workloads.

Graphics cards are optimized for graphical calculations and transformations, but require significantly more power compared to other hardware. The TS-1677XU-RP offers PCIe slots to support an AMD Radeon™ or NVIDIA® graphics card and features a 500 watt power supply that provides a 8-pin (6+2) power connector and a 6-pin power connector to power a graphics card for boosting imaging processing in QTS and performance of virtual machines via GPU passthrough.