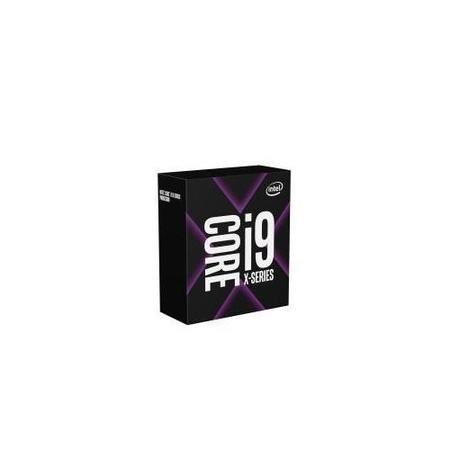 The latest Intel Core i9 9820X X Series processor is powered by 10 Cores and 20 Threads to address the simultaneous, compute-intensive demands of creators. The Intel Core X Series CPU’s allow flexible system configuration for specific creator usages, giving you access to 44 PCIe lanes, quad channel memory, plus support for Thunderbolt technology and high-speed SSD drives. The new X Series processors are fully unlocked and feature solder thermal interface material (STIM) for extreme overclocking. Get the power and convenience of a full studio in your PC to help accelerate your creative work flow from start to finish./p>

The Intel® Core™ X-series processors are unlocked and designed to scale to your performance needs by ranging from 8 to 18 Cores for when extreme mega tasking is required. Experience extreme performance, immersive 4K visuals, high speed storage and DDR4 memory, and the latest technological advancements which are all designed to get you from planning to your masterpiece faster than ever. Intel® Turbo Boost Max Technology 3.0 optimizes lightly-threaded performance by identifying your processor's fastest two cores and directing your most critical workloads to them. It also comes ready to install Intel® Optane™ memory and Intel® Optane™ SSDs for amazing system responsiveness.

USE EVERY TOOL YOU NEED EASILY

With an Intel® Core X-series processor, you can edit your video, render 3D effects, and compose the soundtrack simultaneously without compromising your computer’s performance. Intel® Core™ X-series processors are more than just a CPU as they are loaded with innovative technology, such as support for Intel® Optane™ SSDs, delivering breakthrough performance for demanding storage requirements, and Intel® Turbo Boost Max Technology 3.0 to optimize speed when and where you need it most. Featuring up to 44 PCIe lanes, you can build a PC studio to match your unique needs. 4K monitors, multiple GPUs, NVMe SSDs, numerous recording devices, and more are possible with new Intel® Core™ X-series processors.

The Intel® Core™ X-series processor family is unlocked to provide additional headroom. New features include the ability to overclock each core individually, AVX ratio controls for more stability, and VccU voltage control for extreme scenarios. Combined with tools like Intel's Extreme Tuning Utility (Intel® XTU) and Extreme Memory Profile (Intel® XMP), you have a powerful kit for maximizing performance. Intel® Smart Cache also features a new power-saving feature that dynamically flushes memory based on demand or during periods of inactivity, ensuring your applications keep up with your demands.