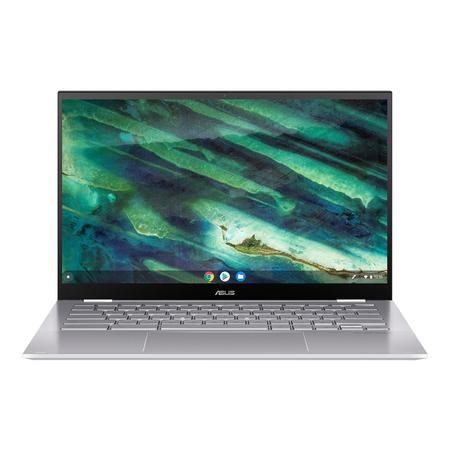 Free Next Day Delivery: Use code ASUSFND at checkout. *UK Mainland Only.

Designed to give you the most screen area in the least physical space, the new four-sided NanoEdge display is simply breathtaking: it makes any visuals more immersive, with less distraction for your eyes. The ultraslim bezels are just 4.9mm thin1 at the sides for a near-borderless experience, and the crisp, clear, high-resolution screen gives you a beautiful creative workplace.

With faster-than-wired speeds of up to 2.4Gbps3, the Wi-Fi 6 in ASUS Chromebook Flip C436 lets you enjoy smooth streaming of FHD online videos and the transfer of large creative files in an instant. Entertainment and professional work has never been this easy.