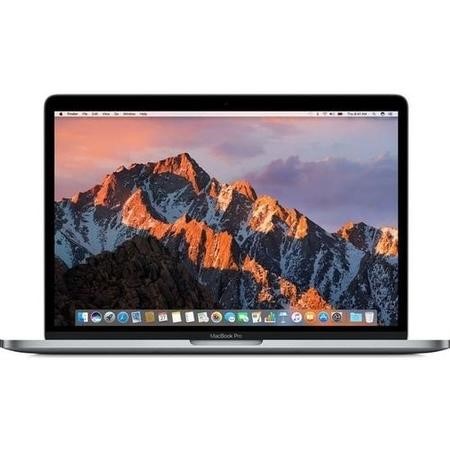 The 15” Apple MacBook Pro elevates the notebook to a whole new level of performance and portability. With eighth-generation Intel Core processors, MacBook Pro reaches new heights in compute performance. The 15‑inch model now features a 6‑core Intel Core i7 processor that works up to 70 per cent faster than the previous generation, enabling up to 4.3GHz Turbo Boost speeds. So when you’re powering through pro-level processing jobs like compiling code, rendering 3D models, adding special effects, layering multiple tracks or encoding video, you’ll get everything done faster. The MacBook Pro doesn't only have to be used for work, with the 4GB Radeon Pro 560X you can game with high end titles when you get a bit of time to yourself and with the crystal clear retina display you'll enjoy a vivid visual experience.

Unlock your Mac instantly. Use Apple Pay to make secure online purchases. Quickly access system settings and locked notes. And even switch between users all with the touch of a finger.

JUST WHAT YOU NEED. JUST WHERE YOU NEED IT

Many of the built-in apps on your MacBook Pro have Touch Bar controls that make common actions like sending an email or formatting a document even easier. The Touch Bar changes to match the app you’re using, bringing these shortcuts front and centre. And third-party apps can take advantage of the Touch Bar as well.