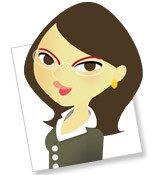 "Hi I`m Kay and I`m here to tell you about the latest Laptop trend: the Ultrabook™."

So you may have heard the term Ultrabook™ being branded around but what is an Ultrabook™ exactly? And more importantly how does it differ from a normal laptop, and why would you want one? Well follow me on a little whirlwind tour on all things Ultrabook™ and you`ll know all about them in a flash....

In a nutshell then, the Ultrabook™ has been inspired by Intel to be the very latest in portable, stylish and fast computing. Thin and really light they`ve been designed to boot very quickly into Windows, saving you time. An Ultrabook™ then isn`t a totally new concept, but more of a new name than anything for a breed of laptop that`s ultra sexy, lightweight and thin. These Windows-based machines take inspiration from the Macbook Air.

So that`s all? Well yes and no, it`s basically an ultraportable laptop but with a new name. But Intel will only allow the very best in class machines to use this name, and each one of the manufacturers is given a certain spec that a machine has to meet before being crowned with that Ultrabook™ title. 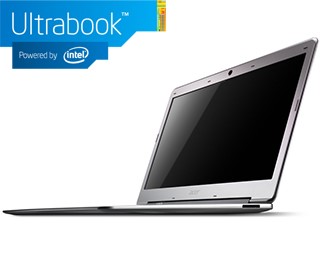 Browse our full range of Ultrabooks

An Ultrabook™ has to be less than 18mm thick, which is pretty impressive really it`s this super skinny design which not only looks modern and sleek but also keeps the weight down. When I saw the first versions on the market I was genuinely impressed, if taking a laptop from place to place is important to you then an Ultrabook™ has to be the choice for you. Another important accolade for the Ultrabook™ breed is the battery life, to get the title here any machine has to have at the very least a five hour battery life, and some models have in excess of ten hours. Ultra efficient screens and hard drives make this mammoth run time possible, and it`s great news if you want to spend a full day working without having to hunt down a plug socket, and ideal if your out and about or on the road too.

Other features to consider

Processor: Don`t be fooled though, despite amazing run times the Ultrabook™ is Ultra powerful. They currently feature either Intel`s fast ULV chips or the 2nd Generation Intel® Core™ i processors but are sure to pack plenty of performance. All Ultrabooks are able to run demanding software programs.

Rapid Start: A pretty new piece of tech, basically means that from hibernating an Ultrabook™ is up and running Windows in 5 seconds, certainly beats the frustration of ten minutes waiting twiddling your thumbs while your notebook fires up. The low power storage also means that you can leave your machine up to 30 days in this state before it would need a charge, now I`m sure if you`re anything like me you just won`t be doing that, but useful to know nevertheless.

Smart Response Technology: Does what it says on the tin, basically this is a technology that stores frequently used files and puts them on a faster responding media. For Ultrabooks this means an SSD, or a Solid State Drive to you and me. The advantages of which are no moving parts, faster performance and greater reliability when compared to a traditional magnetic hard drive. The disadvantage is that they are very expensive and you tend to get a smaller amount of storage. Ultrabooks can either come with just an SSD, which may be up to 64GB or some come with both an SSD to perform the fast functions required and a normal hard drive, which gives you the best of both worlds, huge storage space and speed.

Smart Connect: The final of the major technologies is Smart Connect and it means that the machine will automatically check that things like email and web apps such as Facebook and twitter update themselves without you having to turn it on in full, so you`ll always be up to date! The only downside with this is that it`s an optional and not required feature – so check manufactuer`s specs to make sure on this one!

Optical Drive: Watch out for the optical drive, or should I say lack of one! Some models do not have a DVDRW, purely because they are so thin that they can`t fit one in. make sure you check individual specs!

Well what else to say, I think that`s about all from me, hopefully I`ve answered a few questions for you. Be sure to check out our range of Ultrabooks