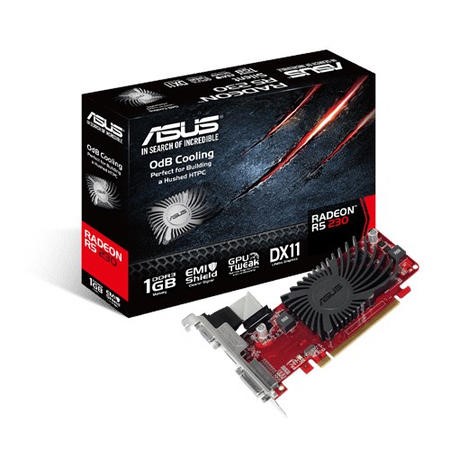 Enjoy quiet computing bliss and enhanced multimedia performance with the Asus R5230-SL-1GD3-L graphics card. Based on the AMD Radeon R5 230 GPU, this card is perfect solution for everyday computer users who are looking for discrete GPU performance. Multimedia performance improvements, extended desktops, and accelerated apps are all part of the package, along with ultra-low power consumption.

EMI SHIELD
Asus reduces 66% of electromagnetic interference both given off and received by the card, resulting in a more stable signal, a clearer screen display, and a safer computing environment.