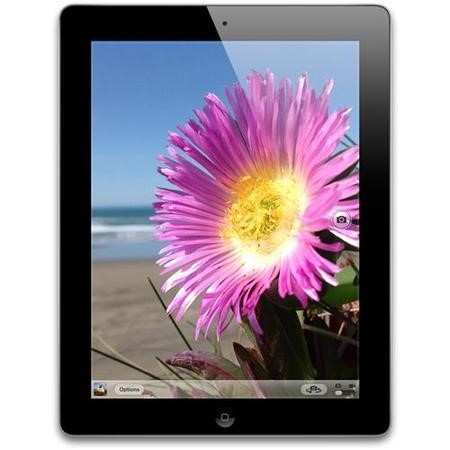 It's brilliant. In every sense of the word

Pick up the iPad with Retina display and suddenly, it’s clear. You’re actually touching your photos, reading a book, playing the piano. Nothing comes between you and what you love. That’s because the fundamental elements of iPad — the display, the processor, the cameras, the wireless connection — all work together to create the best possible experience. And they make iPad capable of so much more than you ever imagined.

The best display ever on a mobile device.
Everything you do with iPad, you do through its large, beautiful display. And when the display is better, the entire iPad experience is better. The Retina display on iPad features a 2048-by-1536 resolution, rich color saturation, and an astounding 3.1 million pixels. That’s four times the number of pixels in iPad 2 and a million more than an HDTV. Those pixels are so close together, your eyes can’t discern individual ones at a normal viewing distance. When you can’t see the pixels, you see the whole picture. Or article. Or game. In ways you never could before.

Twice the speed. Twice the graphics performance.
The new A6X chip inside iPad is our most powerful mobile chip yet. It delivers up to twice the CPU and graphics performance of the A5X chip. And it makes iPad feel faster and even more responsive. Apps launch instantly and run smoothly. Graphics‑intensive games are fluid and lifelike on the gorgeous Retina display. And with improved image signal processing built into the A6X chip, the photos and videos you take with the 5‑megapixel iSight camera look sharper and even more Retina worthy.

Built-in apps.
Right out of the box, iPad takes the things you do every day and makes them extraordinary. Map out your next adventure. Then shoot it in 1080p HD. Ask Siri to help you find the best pizza in town. Watch a webcast or a movie. Read a best seller or a magazine. Check email. Send messages. Or stay in touch face-to-face over FaceTime. You’ll be amazed at how much is built right in.

Record HD video in full 1080p.
Sometimes life takes you by surprise. You’re reading on your iPad while waiting for the train when you spy a talented performer on the platform. Or you’re browsing the web on the couch when your dog trots by wearing your daughter’s tutu. The iSight camera on iPad lets you capture all these unpredictable, beautiful, and hilarious moments. In 1080p HD, no less. And with automatic video stabilization, your recording is free of bumps and shakes. Which is a big advantage when you’re laughing uncontrollably.

Shoot 5‑megapixel still images.
The 5‑megapixel iSight camera features a backside illumination sensor that captures great-looking pictures whether by sunlight or candlelight. When you shoot photos, the big, beautiful Retina display becomes a big, beautiful viewfinder — giving you plenty of room to compose your shot. Autofocus, tap to focus, and tap to set exposure functions mean every photo you take instantly becomes frameworthy. And with built-in face detection that automatically balances focus and exposure across up to 10 faces, there’s more room for more grins. So everyone look at iPad and say “Cheese.”

Advanced Wi‑Fi technology. Built in.
The new Wi‑Fi capabilities built into iPad keep you connected faster than ever — up to twice as fast as any previous-generation iPad. With dual-band (2.4GHz and 5GHz) 802.11n Wi‑Fi and support for channel bonding, making many of the things that you do every day start to feel a whole lot faster.

IOS - The world’s most advanced mobile operating system.
At the core of every iPad, iPhone, or iPod touch is iOS. It includes all the built-in apps you use every day and all the intuitive technology — like Multi‑Touch and Siri — that makes iPad so advanced. With every free iOS update comes even more capability for your devices. You’ll find the latest version, iOS 6, already installed on iPad. So right out of the box, you get more than 200 new features to make the things you do every day even better.

Your content. On all your devices.
iCloud is built right into iPad. Just turn it on and you’ll have instant access to all the things you need, whether you’re on your iPad, iPhone, iPod touch, Mac, or PC. New features in iOS 6 let you do even more with iCloud. Share the photos you want with the people you choose using Shared Photo Streams. Locate, lock, and recover your misplaced iPad easier than ever. Browse a web page on one device and pick up where you left off on another device using iCloud Tabs. And that’s just for starters.

Lightning Connector - A new way to get connected.
Part of every new iPad is the all-new Lightning connector. It’s 80 percent smaller than the 30‑pin connector. And it features an all-digital, eight-signal design that’s significantly more durable. Another brilliant feature of Lightning: It’s reversible. Which means there’s no wrong way to plug in the cable.