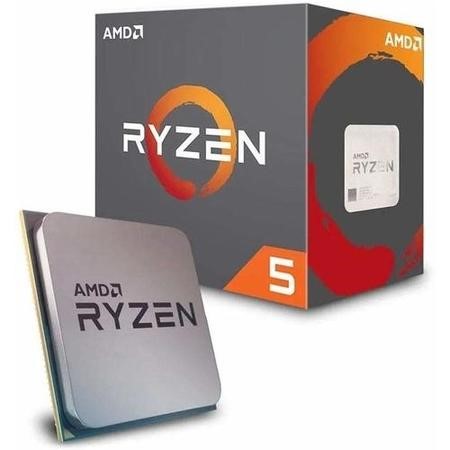 The Ryzen 5 2600 Gen2 can provide you faster and smoother computing experiences. Allow Ryzen to power your experience and be prepared to dominate tasks both in-game and out. Driven into existence by the user's passion AMD have forged a processor with the performance power to dominate your favourite applications, games and more.

The 2nd Gen. 2000 Series AMD Ryzen processors build on the phenomenal performance the world witnessed with the legendary 14nm 'Zen' Architecture, by moving to a smaller fabrication process to deliver more efficient chips, running faster & cooler, while infusing the latest innovative technologies from AMD. This 12nm 'Zen+' Architecture at the heart of Ryzen 2nd Gen. CPUs, allows AMD to deliver some the best performing processors, ever.

AMD WRAITH COOLING FOR SOCKET AM4

AMD have stepped up the ante with a whole new line of AMD Wraith Coolers for the Ryzen 2000 processors. This 2600 AMD CPU comes free with the Wraith-Stealth cooler that features near-silent acoustics coupled with capable thermal performance.