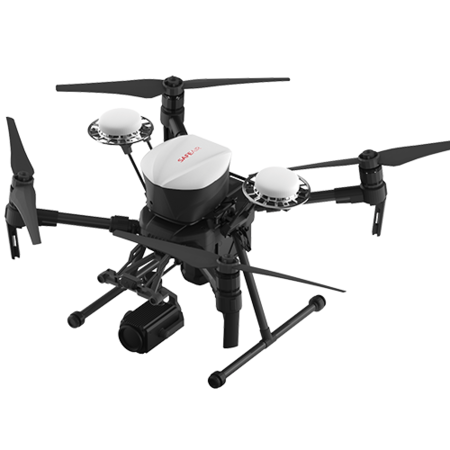 The ParaZero SafeAir is an intelligent solution for increasing safety when using drones.

It's a totally autonomous system that prevents drones from crashing back to the ground if there is an error during flight. This extra layer of protection is crucial on drone operations that involve flying over people or property.

This Matrice 200 parachute system uses sensors totally independent of the drone itself to monitor inconsistencies in the flight. If a critical failure occurs, the parachute will automatically deploy.

The deployment system has been extensively tested by both ParaZero and third party organisations to give drone operators real peace of mind.

How does the SafeAir 200 Increase Safety when flying the Matrice 200 range?

Parachute is automatically deployed in a fraction of a second when flight failure is detected.

An alarm is also activated to alert anyone nearby of the descending drone.

The drone is brought back down to the ground in a controlled descent, minimising damage to equipment or property.