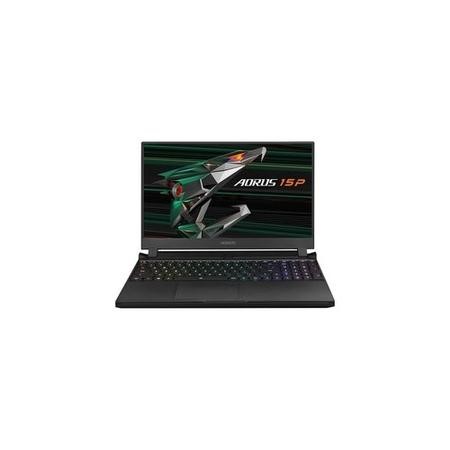 NVIDIA are bundling Marvel’s Guardians of the Galaxy with the purchase of a qualifying GeForce RTX desktop or laptop system. Your unique code will be emailed to you within 7 days of purchase along with redemption instructions. Offer ends 28/10/2021.

Free Windows 11 upgrade on this laptop and many more. For more information about Windows 11, the upgrade or the minimum system requirements, click here. Windows Update will indicate if and when your PC is eligible. You can check by going to Settings/Windows Update. Windows 11 isn't already preinstalled.

A LAPTOP THAT'S SO MUCH MORE

The AORUS professional gaming laptop is made for top gamers – the ultimate gaming platform that satisfies the high standards of professional players. Introducing the all-new Aorus 15P Gaming Laptop, powered by an Intel 10th Gen Core i7-10870H Processor, 16GB DDR4 RAM and includes the latest Nvidia GeForce RTX 3060 graphics, bringing you unprecedented gaming performance in a portable form. With a beautiful 240Hz 15.6" Full HD thin-bezel display and chiclet keyboard you can be confident the AORUS 15P takes gaming immersion to the next level. Gaming on the move has never been easier.

The AORUS 15P is equipped with the latest WINDFORCE Infinity Cooling System, cooling efficiency is up by 37%, not only does this help the AORUS 15P to achieve 100% CPU and GPU outputs but also remains quiet and stable at the same time, with two gigantic 12v 83 blade fans, five heatpipes three of which are dedicated to directly dissipating heat from CPU and GPU and four exhaust vents ensure that the 15G is cooled efficiently and can continue to output masses of power all day long.

The AORUS 15P comes with groundbreaking Microsoft Azure AI technology. The artificial intelligence will know the game is running and dynamically set the best CPU and GPU wattage setting for optimal gaming performance. Everything is done automatically so gamers won’t need to do additional settings.

NVIDIA DLSS is groundbreaking AI rendering that boosts frame rates with uncompromised image quality using the dedicated AI processing Tensor Cores on GeForce RTX. This gives you the performance headroom to crank up settings and resolutions for an incredible visual experience. The AI revolution has arrived to gaming.

UP YOUR CREATIVE GAME

Take your creative projects to a new level with GeForce RTX 30 Series GPUs. Delivering AI-acceleration in top creative apps. Backed by the NVIDIA Studio platform of dedicated drivers and exclusive tools. And built to perform in record time. Whether you’re rendering complex 3D scenes, editing 8K video, or livestreaming with the best encoding and image quality, GeForce RTX GPUs give you the performance to create your best.

Live streamers can now level up their game even further with the new NVIDIA Broadcast app. It upgrades any room into a home broadcast studio by transforming standard webcams and microphones into smart devices through the power of AI. The Broadcast app offers three AI-powered features which are: Noise Removal, Virtual Background and Auto frame so the focus always remains on you.

DirectX Raytracing allows games to simulate how light works in real life, providing incredibly realistic and beautiful graphics effects like global illumination, reflections, and shadows. NVIDIA has partnered closely with Microsoft to enable full DXR support on GeForce GPUs. GeForce RTX GPUs were designed from the start for the extreme demands of ray-tracing workloads. Specialised RT cores, found only on GeForce RTX graphics cards, provide billions of rays per second of performance, and up to 3X the frame rates with DXR games and applications. This makes ray tracing at real-time frame rates possible for the first time.