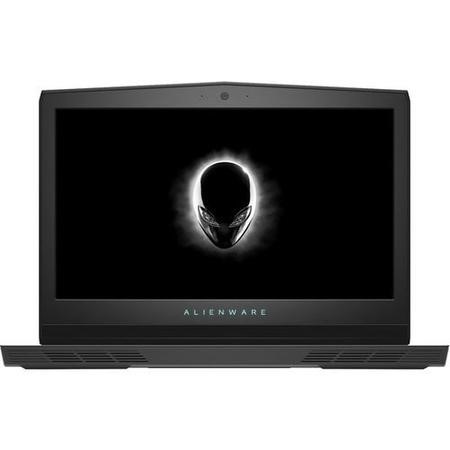 The Alienware 17 17.3" Intel Core i9 GTX 1080 Gaming Laptop is part of our Gaming range, which features the most powerful PCs available today. It has superior graphics and processing performance to suit the most demanding gamer.

The Alienware 17 has an 8th generation i9 processor, which is incredibly powerful, so you can take on anything. The i9 processor runs at very high speeds, so it can make full use of the 32 GB of RAM. It's running six cores as well, so it can run games, Discord, YouTube, and streaming all at the same time.

The NVIDIA GeForce GTX 1080 is built with some truly powerful gaming technologies, which can run the most demanding AAA titles without breaking a sweat. The Alienware 17 GTX 1080 Gaming Laptop can render enormous battles with thousands of moving parts, and you can delve into your favourite imaginary world.

The Alienware 17 Gaming Laptop sees the requirements for virtual reality gaming, and it smashes them. You can run all of the best releases from your VR headset the way they should be, with incredibly realistic visuals that draw you in to the fantasy like never before.

The Quad HD screen can show a great deal of detail. Your enemies won't be able to hide in the shadows when you've got such a depth of colour in the display. You can then be sure to hit the first shot, with input lag all but eradicated by the combined efforts of the screen and the graphics card.

It somewhat defeats the point of a laptop if it's too hot to put on your lap. From big things like upgrading the cooling technology, to little things like putting the hinge further forward for better ventilation, the Alienware 17 will always be cool.