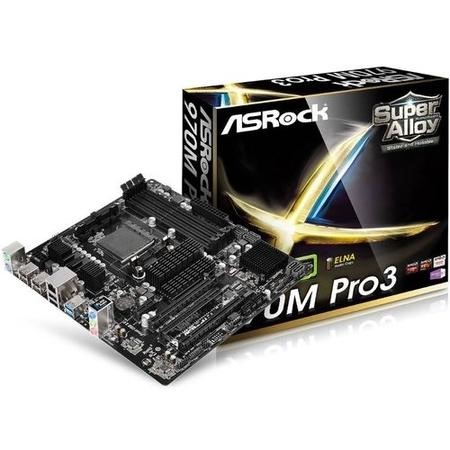 Who says high quality audio is only available on high-end motherboards? ASRock applied ELNA audio capacitors on mainstream and entry-level motherboards! Compared with traditional solid caps, the leakage current of ELNA audio caps is merely 3uA. This is the key to reduce noise level significantly and satisfy even the pickiest audiophiles.

This board is designed to build up the most powerful system and delivers the most demanding technology for users nowadays. Just enjoy next generation computing with ASRock 8-Core CPU Ready motherboard.

Four USB 3.0 5Gb/s ports (Two in the front and two on the rear) for supporting all of your peripherals with fast data transfer speed.

What you’ve never understood about your computer is that it is scared to death of water, H2O, humidity or whatever you’d like to name it. And even though you do not see the water, actually there may be lots of excessive moist in the air killing your motherboard silently and slowly. No, your motherboard doesn’t melt when in contact with water like the wicked witch of the west, but it dies of short circuit. Luckily, ASRock has a new High Density Glass Fabric PCB design that reduces the gaps between the PCB layers to protect the motherboard against electrical shorts caused by humidity.

ASRock’s X-Boost Technology is a smart auto-overclocking function and is brilliantly designed to unlock the hidden cores of your CPUs. Simply press "X" when turning on the PC, X-Boost will automatically overclock the relative components to get up to 116% performance boost! With the smart X-Boost, overclocking CPU or unlock CPU cores can become a near one-button process. * The functionality of “Unlock CPU Cores” feature might vary by different processors.